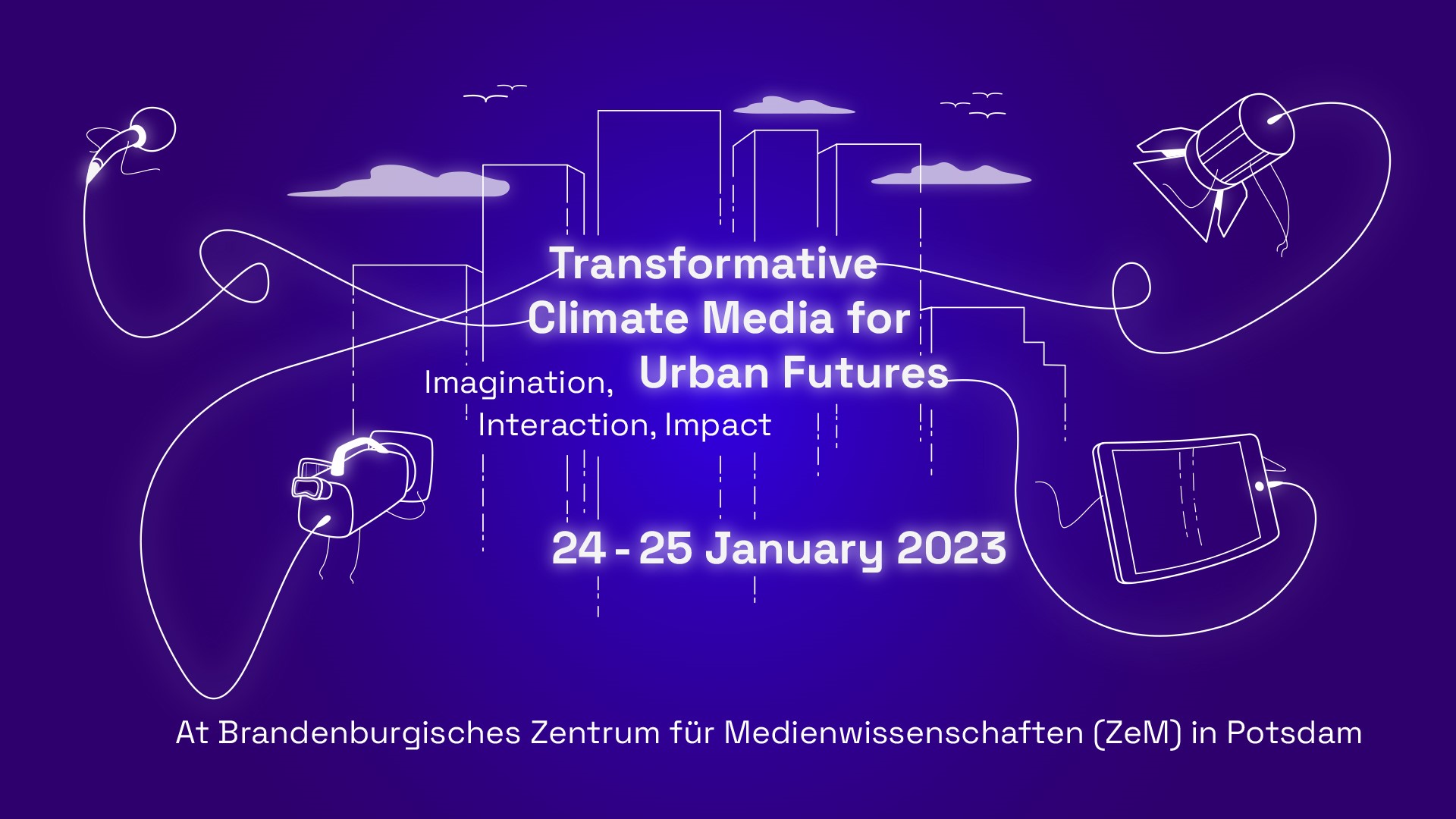 👉 How can #audiovisual media and digital spaces help #cities and #regions reduce their #greenhousegasemissions and adapt to the new realities of #climatechange – in other words, make #sustainable local #futures imaginable, negotiable, and desirable?

This symposium takes an operative perspective on audiovisual media that are used in transformative processes like urban planning, citizen participation, disaster management, and others. The term transformative climate media encompasses a wide range of media forms and genres that help create shared visions of sustainable local futures and facilitate discussions about how to get there: from scientific visualisations and animated explainers over decision-making tools, games, and XR simulations to documentaries and fictional films. We want to particularly discuss their potential to evoke interactions, create collective images and ideas, and facilitate negotiations about socio-ecological futures. Thus, the focus lies less on knowledge transfer and more on aspects such as meaning-making, narrativity, aesthetics, co-design, urban media and knowledge beyond the ‘smart city’ paradigm.

The symposium aims to initiate a lasting exchange between various actors interested in urban climate media and to establish a transdisciplinary research field of the highest practical relevance. While there has long been a broad academic debate about different strategies of climate communication and their impact on specific target groups and individuals, more systemic approaches and impact strategies as well as the operative use of media forms in transformative processes have often been neglected. And while climate communication research mostly focuses on unidirectional aspects (e.g. framing, target group targeting and corresponding media effects), only a few studies and projects so far emphasise the potential of (not only urban) climate media to motivate interactions, to evoke collective images and imaginations or to foster negotiation processes about societal futures.

The focus on cities is for two reasons: first, cities are already responsible for about 80% of global energy consumption and over 70%of CO2 emissions – and at the same time they’re highly vulnerable to the impacts of climate change. Second, cities are focal points, seismographs, and sites of negotiation and contest around social futures, which makes them impactful beyond their borders in a political, cultural and metabolic sense.

The program is spread over two half days and consists of presentations by invited speakers, project presentations invited via an open call, as well as structured discussion rounds and informal opportunities for exchange. Please note: The event will take place in person and will not be streamed online.

REGISTER for the event