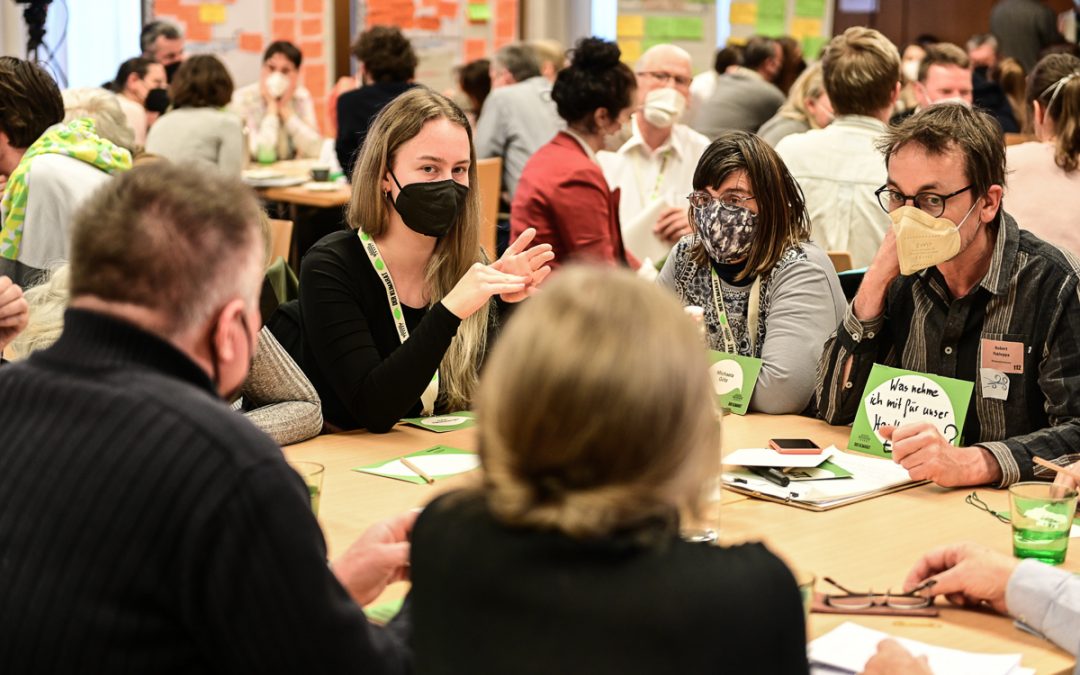 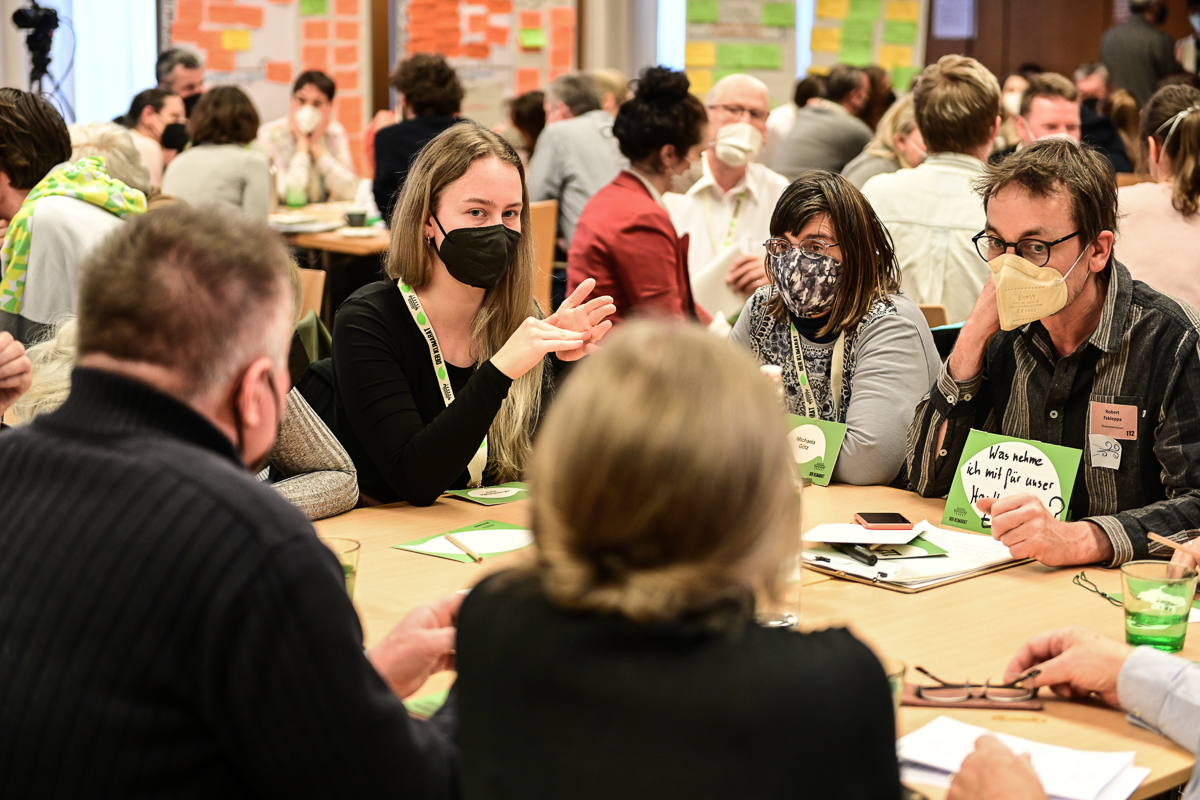 Something unprecedented – and worth to observe

While regional citizens’s assemblies on various topics have a long tradition in some parts of the country, the climate assembly is the first citizens’ assembly on a national level in Austria.

What is a Citizens’ assembly?

Citizens’ assemblies are consultative tools of citizens’ participation that can complement (but not replace) representative democracy. A number people representing the country demographically debate on a certain issue. After their research and discussions, they will propose measures and hand them over to politicians. Two things are important for success and validity: (1) the people have to be selected randomly to avoid echo chambers and (2) the process has to be facilitated to ensure everyone’s voice is heard. Citizens’ assemblies are particularly useful on controversial and complex issues.

How did the Climate Assembly start?

In 2020 a citizens initiative („Volksbegehren“ in Austria, comparable to the European Citizens’ Initiative) on climate issues collected nearly 400,000 signatures and thus had to be discussed by the Austrian government. One of the demands was more participatory processes in climate politics. The government decided to install a citizens’ assembly on climate, which was to be organised by the Federal Ministry for Climate Action. The task set for the participating citizens is to propose measures to reach net zero emission in Austria by 2040 – the official national target.

In the summer of 2021, there was an EU wide call for the organisation and facilitation of the climate assembly, which ÖGUT – along with a consortium of two other partners – won. Nearly 100 people were selected by Statistics Austria (the national statistics agency) using the central register of residents.

How does the Climate Assembly work?

The citizens are between the ages of 16 and 75 and represent Austria in terms of age, gender, education, location and income-level. They meet on six weekends between January and June 2022.

There are three teams to support them: First, a stakeholder board which provides input from Austrian civil society organisations, chambers and unions. Second, a facilitation team, which guides the process. The methods used are dynamic facilitation and the systemic consent method – a procedure that ensures that only those decisions are made, which create the least resistance in the group. Researchers developed this tool for effective consent oriented decisions making, even for big group and multiple, complex options. Last but not least, there is a scientific advisory board which provides inputs on the five topics discussed: (1) food and land use, (2) mobility, (3) production and consumption, (4) Energy, (5) Building and Housing.

The measures will be presented to the government and possible steps for implementation will be discussed. The citizens assembly does not have a binding effect, but it will boost the debate and it comes with heavy authority, representing the will of average citizens. A dialogue with parliament and federal states will start too. Moreover, civil society will be able to use the proposed measures as a point of reference in their work.

What can we learn from this tool?

Since citizens assemblies are a relatively new format – at least in some areas and as big as the Austrian Climate Assembly – it’s promising to study their potentials and their possible effects on climate policy. In the face of the escalating climate crisis, drastic interventions might be needed, where politics prefers modest measures. To uncover and enhance the needs, concerns and proposals of the citizens – as affected population – might provide essential new solutions.

In the context of Localised, insights and learnings from the Austrian Citizens Assembly will be used for the implementation of citizen’s councils in year 2 and 3 of the project. With this activity – led by ÖGUT – we will capture citizens’ views and develop mitigation / adaptation strategies that fit with people’s lives and the respective region’s decarbonisation goals at the same time.